Wildcat Petroleum shares rose Wednesday after the company said it has decided to focus on upstream hydrocarbon assets in Angola and Namibia, and that it has taken the first steps to secure its first assets.The London-listed company is targeting investment opportunities in businesses and assets within the upstream sector of the petroleum industry and said it has passed the vetting process of Angola’s regulator. 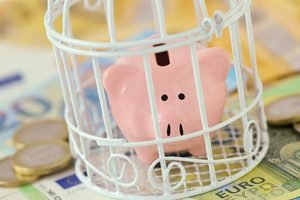 Wildcat Petroleum Shares at 0734 GMT were up 16% at 2.85 pence. Wildcat, a firm targeting investment opportunities within the upstream sector of the petroleum industry, said it had signed a memorandum of understanding with Crown Energy for its potential participation in any future Initial coin offering that Wildcat launch. Stockholm-listed Crown Energy specialises in oil and gas exploration in Africa and the Middle East.

London-headquartered Wildcat is working on aproprietary and innovative model to monetise hydrocarbon blocks based on blockchain technology. The model is in development and will be launched by 2022. Crown Energy has oil interests in Madagascar, South Africa, and Iraq, containing up to 2.5 billion barrels of oil equivalent, Wildcat said. Under the agreement, the two companies agree that there may be scope to tokenise these prospective oil resources.