In spite of the spread of the omicron type and the resulting limitations, demand for petroleum products increased by 9% over a week in the run-up to the Christmas feast weekend, according to the United States EIA.

Furthermore, in early January, the Weather Prediction Center predicted cold temperatures, heavy snowfall, and high winds in portions of the country, which is projected to disrupt Natural Gas output due to growing demand. On Wednesday, January futures in the United States rose 8.8%, the most intra-day gain since October. Furthermore, by 2022, average petrol prices in the United States are anticipated to rise to $3.41 per gallon, with a peak of nearly $3.80 per gallon. 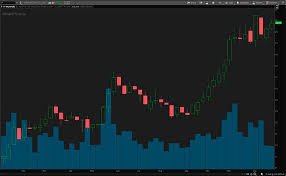 Chesapeake Energy Corporation, Range Resources Corporation, and Tellurian Inc.’s Natural Gas equities are expected to gain more than 40% in value as a result of this scenario, according to Wall Street analysts.CHK is a U.S.-based firm that buys, explores, and develops properties for the production of Natural Gas, oil, and NGLs (Natural Gas liquids) from underground reservoirs. After a financial reorganization, the firm became public on February 10, 2021.CHK said on December 2 that it will repurchase $1 billion worth of common shares and warrants. This should result in higher profits for shareholders.

On November 1st, the business announced the completion of its acquisition of Vine Energy Inc. “We are pleased to merge the great Vine operations and assets into our portfolio,” said CHK President and CEO Nick Dell’Osso.CHK’s adjusted net profits attributable to common stockholders climbed 427.5 percent year on year to 269 USD million in the fiscal third quarter ended September 30.