Several Wall Street analysts have downplayed the recent rise in oil prices, claiming that it will have little impact on the global recovery. The oil burden, or the cost of oil as a percentage of gross domestic product, is one metric that supports this claim. According to Morgan Stanley, the oil load—a measure of the impact of oil on growth—is forecast to reach 2.8 percent of global GDP in 2021, much below the long-term average of 3.2 percent, assuming an average oil price of $ 75 per barrel this year. 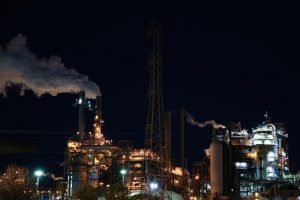 However, this does not imply that the current oil price trajectory will harm no one. On the contrary, high oil and natural gas costs are wreaking havoc on some areas of the economy, forcing companies to postpone big projects or perhaps shut down entirely. CF Industries Holdings Inc., a fertilizer company, based in the United States, falls into the latter type. The Wall Street Journal reports that CF Industries has been forced to close two operations in the United Kingdom due to rising natural gas prices. C F Industries manufactures fertilizers and other items using hydrogen and nitrogen.

Businesses throughout the UK bear the brunt of rising energy costs, with electricity prices roughly seven times higher than they were a year ago. Meanwhile, power markets in Germany, France, and the Netherlands have risen sharply in anticipation of increased demand in the coming winter months. As a result, natural gas prices have surpassed oil and many other commodities for the first time since 2014. On Friday, natural gas futures rose 1.9 percent to $5.37 per million British thermal units (BTUs), reaching their highest settlement price since February 2014. Natural gas prices are up 121 percent year to date, while the United States Natural Gas ETF, LP, the most significant natural gas benchmark, is up 101%.