According to eight persons familiar with the decision, Venezuelan President Nicolas Maduro intends to replace Oil Minister Tareck El Aissami, a top governing party leader who also serves as Venezuela’s OPEC representative and a board member of the national oil corporation, due to health concerns.Three of the individuals claim that the minister, who is credited with aiding Venezuela in coping with US sanctions, recently underwent substantial surgery.

Four of the individuals suggested Maduro may designate his supporter Asdrubal Chavez, a cousin of late Venezuelan Head Hugo Chavez and current president of state-run Petroleos de Venezuela (PDVSA), as oil minister, at least temporarily.Chavez previously held the positions of oil minister and president of PDVSA’s U.S. subsidiary Citgo Petroleum.The oil ministry, PDVSA, and the media ministry all declined to comment on the minister’s health or Maduro’s plans. 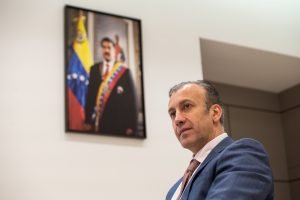 According to three sources, the official’s likely suspension came as a result of a shakeup at PDVSA that saw the dismissal of key workers who had worked with El Aissami in a variety of divisions and subsidiaries, including its marine arm and the supply and commerce department.”His supply and commerce department has been disassembled. It’ll only be a matter of time until he’s replaced “one of the participants stated.

El Aissami took over PDVSA as a board member and chairman of a reform committee in 2018. Last year, he was also appointed as Venezuela’s oil minister and main envoy to OPEC.The minister, who is also Maduro’s vice president for the economy, has a track record of delivering results and developing key relationships with nations such as Iran.