Exxon Mobil Corp has started marketing shale gas properties in the United States as part of a long-stalled plan to earn billions of dollars to sell off undesired assets and pay down debt incurred last year. The leading U.S. oil producer established a goal of raising $15 billion from sales by December 2021 three years ago. It has committed to speed up lagging sales in order to reduce a record $70 billion debt burden.

According to spokeswoman Julie King, the company’s XTO Energy shale unit is looking for buyers for about 5,000 natural gas wells in Arkansas’ Fayetteville Shale. The assets are among gas projects that are producing less and have a lower market value. Exxon is selling because it wants to concentrate on newer ventures in Guyana, offshore Brazil, and the Permian Basin of Texas. 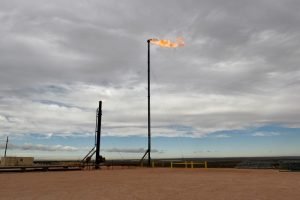 Exxon Mobil is promoting the properties itself, with the goal of receiving bids by September 16 and closing any transaction by the end of the year. She declined to specify the deadline for bids or the company’s expected value on the wells, saying that no buyers have been located. About a third of the company’s three-year sales objective of $15 billion has been met. It has received $557 million in sales profits so far this year, and has agreements worth more than $2.15 billion outstanding.

Exxon bought the Fayetteville assets for $650 million in 2010 during a shale revolution that would change the energy landscape in the United States, resulting in an excess of gas that pushed prices to record lows last year. Exxon reduced the value of its U.S. oil and gas interests by $17.1 billion as a result of this. According to Exxon marketing documents obtained by Reuters, output in the properties on offer has dropped by more than half since 2016, to around 160 million cubic feet per day last year.