Despite a crude oil Inventories gain reported in the most recent EIA report, commercial petroleum stocks in the United States have fallen in much of the last year and a half, dropping below seasonal norms for the preceding five years and even below the five-year normal before the pandemic. Because U.S. exploration and production companies have not responded to rising crude oil prices with a surge in new drilling activity, petroleum stocks in the United States have been steadily falling over the last year, implying that supply has not caught up with rebounding demand.

Petroleum stocks that are lower than seasonal averages, as well as the OPEC+ group’s inability to completely fulfil its growing monthly production quotas and rising global demand as economies return to normal, have contributed to market pressure. Global oil demand has remained stable so far throughout the Omicron wave, prompting the International Energy Agency (IEA) to raise its demand growth forecast for 2022 by 200,000 barrels per day (bpd) last week. 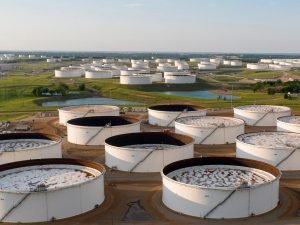 The latest EIA statistics as of January 14 indicated a slight increase in crude Inventories of 500,000 barrels and a huge increase in gasoline Inventories of 5.9 million barrels. This comes after a total rise of nearly 18 million barrels in gasoline stocks over the preceding two weeks. Despite the increase, according to Reuters market analyst John Kemp, gasoline supplies in the United States are currently in line with the five-year average from 2015 to 2019, before the epidemic.

Gasoline stocks are now around 2% below the five-year normal for this time of year, according to EIA statistics, compared to the most recent five-year average, which includes the pandemic years.