US is unlikely to block Oil Sales Even with Inflation US is unlikely to block Oil Sales Even with Inflation

Due to concerns about inflation and the harm it could bring to its European allies, global Oil markets, and U.S. consumers, the Biden administration is unlikely to target Russia’s crude and refined fuel sector with trade penalties, according to administration sources. Even if President Vladimir Putin fully invades Ukraine, the US is wagering that allowing to continue to flow out of Russia, the world’s third largest crude producer, will help keep global price hikes in check and protect U.S. consumers from additional agony at the gas pump.

Officials in the United States are also counting on a large domestic Oil supply – the US is the world’s top producer – and coordinated measures with allies to boost supplies to help lessen the impact. If Russia invades, US officials have warned that a variety of related alternatives are being considered, including halting the fuel tax, accessing the country’s strategic Oil reserves, and limiting exports. 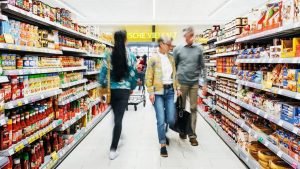 The official stated that “all possibilities” were still on the table, but did not elaborate. Russia’s extensive energy industry, which has recently been buoyed by rising Oil prices, is a potent target for US sanctions similar to those placed on Venezuela and Iran, which limit OPEC countries’ crude deliveries. However, doing so would exacerbate an already tight market, where prices have risen to their highest level since 2014.

Due to rising prices, Russian Oil and gas income climbed by 51% in 2021, to $119 billion, and crude accounted for about one-fifth of all exports, according to the Kremlin. Even if the US imposes sanctions on Russian, Russia may be able to find a buyer. After sanctions were imposed following the 2014 invasion of Crimea, China surpassed the United States as Russia’s largest export destination.