As demand continues to exceed production, Crude Oil stocks at America’s largest storage hub might plummet to historically low levels by the end of September. In the previous two weeks, stockpiles in Cushing, Oklahoma, the delivery point for West Texas Intermediate oil futures, had dropped roughly 4 million barrels, pushing inventories to their lowest level since March 2020, when the epidemic forced the country into lockdown. 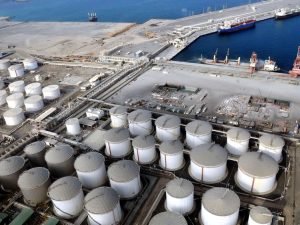 Analysts and dealers predict that by the end of September, supplies would have dwindled to seasonal lows not seen since 2018. The vast facility, which contains Crude Oil produced across West Texas, the Midwest, and western Canada, has arguably more influence over oil prices than any other location on the planet. With U.S. shale output remaining 15% behind its pre-pandemic peak and imports from Canada running low, trading house and Big Oil executives are increasingly convinced that prices will rise as supplies tighten.

According to Chris Sloan, a Houston-based analyst with BB Energy Trading Ltd, Cushing stockpiles, which are now at 41.7 million barrels, could decrease to their lowest level in over three years as refineries speed up gasoline output and oil production continues to lag. In the following three months, inventories might drop to the 30-million-barrel area, he predicted. It’s a sharp contrast to a year ago when the oil business was decimated by a market price fall as demand fell due to pandemic-related limitations.

It pushed traders to stockpile undesirable crude until demand rebounded, forcing the market into a sharp contango in which oil for immediate delivery trades at a discount to forward supply.