Natural Gas futures in the United States fell more than 10% on Monday, to their lowest level since August, owing to projections for warmer-than-expected winter temperatures. The drop follows a more than 24% drop last week, which was lowest week since February 2014. Around 10:15 a.m. on Wall Street, the contract for January delivery was trading at $3.68 per million British thermal units (MMBtu), down 10.9 percent.

It all comes down to negative weather projections, according to Capital partner John Kilduff. Natural Gas prices rose for much of the year as supply remained tight and fears of a European shortage pushed up prices in the United States. In October, U.S. oil hit a seven-year high, prompting calls for power companies to switch from oil to Natural Gas. 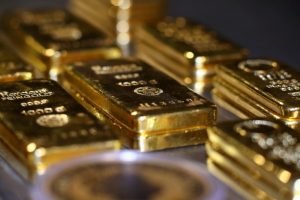 “We keep having bouts of relative warmth, on a weekly basis. That is keeping any meaningful heating demand at bay,” he said. “The storage situation eased, as well, over the past several weeks, with inventories reaching normal levels, relative to the five-year average, overcoming a significant deficit that persisted into early fall.” Finally, on Oct. 6, Natural Gas reached a more than seven-year high of $6.466 per MMBtu. The reductions have been fast since then, with last week’s dip between Monday and Thursday being the worst four-day stretch in a quarter-century, according to Bespoke statistics.

The losses follow a 15.8% drop in November, which was the worst month in a year. Natural Gas is still up 47 percent this year, on track to be the greatest year since 2016. While the risks “skew negative” heading into next year, Morgan Stanley said there are some positive drivers, such as further LNG projects, which should support demand growth, and congestion in the coal market, which is encouraging utilities to switch to gas instead.