In 2021, rising fuel costs, particularly Natural Gas costs, drove increased wholesale power prices in all U.S. regions, according to a report released on Friday by the Energy Information Administration (EIA). Because of the rising costs of the fuels used in power generation, average wholesale electricity prices in all major trading hubs in the United States were higher in 2021 than in 2020. Natural Gas is the single greatest source of electricity generation in the United States, accounting for 40% of all power generation in 2020.

The EIA stated that “the cost of is an important determinant of electricity pricing because it frequently acts as the marginal (highest cost) fuel of generating units that operators dispatch to generate electricity.” Aside from generally higher Natural Gas prices in 2021 than in 2020, the Texas Freeze in February 2021 caused regional wholesale energy costs to soar in various places during and after the winter storm. 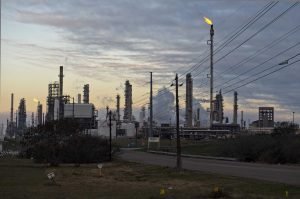 Natural Gas costs in the United States were relatively cheap until 2021 due to sufficient supply. In 2020, the average cost of delivered to electric generators was $2.40 per million British thermal units (MMBtu). The supplied cost of to electricity producers surged from $3.19/MMBtu in January 2021 to an expected $5.04/MMBtu in the fourth quarter of 2021, owing to rising demand and a sluggish supply response, according to the EIA.