The United States declared on Thursday, November 4, that the nation will no longer Financing the fossil fuel projects abroad. The commitment will be effectively implemented by the end of next year reflecting upon the upheaval stemming fossil fuel construction projects. This includes the development of natural gas and oil production facilities across lower-income economies.

The announcement made at the global climate summit held in Glasgow, Scotland could potentially take billions of dollars of investments from future fossil fuels. Redistribution of capital and funds may be speculated turning towards the low-carbon energy projects typically focused on wind or solar.An array of fossil fuel providers and users have not established an efficient system to trap the carbon dioxide emitted into the atmosphere. The particular agreement therefore covers such fossil fuel facilities. 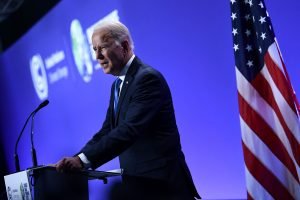 The recent commitment announced comes after a notable agreement signed by the world’s largest economies just last weekend. The agreement sketched out a goal of completely eradicating any public Financing provided for development of coal power internationally. However, the recent agreement failed to appeal other economies in the Group of 20. Countries such as China, South Korea, and Japan are some of the largest Financing catalyzing fossil fuel production. These nations could still keep encouraging the development of oil and gas infrastructure abroad.

Also, the recent agreement only prohibits in new Financing for new projects however the existing pipeline of projects would remain untouched. Additionally, the agreement excludes natural gas which the country produces domestically and exports to other countries for burning.