The oil & natural gas companies in the U.S are preparing for the Atlantic hurricane season, said American Petroleum Institute (API) officials. Previously the recorded a total of 30 named storms which caused a sudden shutdown of the offshore oil production units.

The closure caused to halt production of 1.9 million barrels per day in the previous year. This led to the shutdown of the refineries for several weeks. Importantly, the hard-hit refineries Louisiana and Lake Charles had stopped the oil production for months causing enormous financial loss. Hence, to escape the loss, the U.S is preparing for the hurricane season of the year 2021. Also, the number of drills has been increased by the oil and gas companies. The U.S Gulf Coast refiners have altered the previous plans after witnessing the catastrophic impact of the storms on the oil and gas companies. 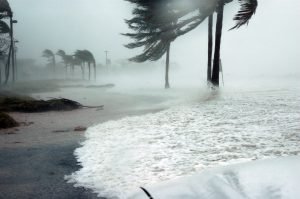 The refiners are taking proactive steps to avoid floodwaters, like communication with government agencies and relevant industries. According to Gunnulfsen, the director of security and risk management, the refiners are all set to seek help from hardening refinery units and repositioning equipment. According to the forecast of the U.S National Oceanic and Atmospheric Administration (NOAA), the major hurricane that the may experience this year may be around three to five. The speed of wind is likely to be 111 miles per hour (178 kph).