Transparency in the Key US Gulf Coast Crude Export Market Transparency in the Key US Gulf Coast Crude Export Market

Argus, a global energy and commodity price monitoring organisation, has launched an Argus Crude Market Ticker (ACMT), an application that will enable unprecedented Transparency in two of the world’s most important crude oil markets: WTI Houston and WTI Midland. The US Gulf Coast market is one of the most Transparency physical trading centres in the world due to the volume of physical and derivative transaction in these grades.

Between 7 a.m. and 4 p.m. CT, ACMT will provide market participants with hourly bid and offer ranges for Permian quality WTI traded at Houston and Midland. The ticker is available directly from Argus via a web application, a data feed, or CME Group’s trading front-end CME Direct. The United States is the world’s largest producer of crude oil and one of its largest exporters. Since the lifting of a prohibition on US oil exports in 2015, the Gulf Coast has emerged as a major supplier of light sweet crude for export to Europe, Asia, and South America. 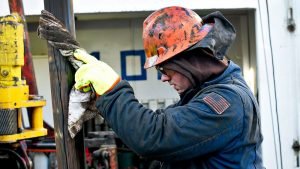 The hub has built an active spot market with a diverse set of participants and significant trade volumes, making it the most Transparency and efficient in the world. Argus estimates daily transaction of more over 1.5 million barrels for Permian WTI Midland and WTI Houston. The CME NYMEX and ICE exchanges both trade financial swaps based on Argus appraisals for these grades.

With almost 367,000 lots of open interest, this is the world’s third largest crude derivatives market. The USGC’s volume of physical trade, diversity of participants, and underlying production set it apart from other markets, such as the North Sea, where the Dated Brent benchmark is failing to keep up with falling underlying crude oil output.