Traders who had left their bullish positions on the commodity in droves a week earlier were scared by reports of another coronavirus type that prompted several countries to restrict their borders. Now, however, public opinion is shifting in the opposite direction. Crude oil had been declining for the preceding six weeks due to a variety of causes, including the US government’s notification that it is ready to release 50 million barrels from the strategic petroleum reserve to help keep retail fuel prices low. 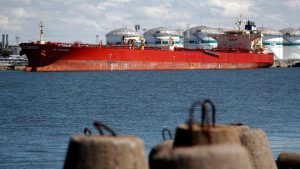 According to the data supplied by Kemp, even OPEC+’s decision to stick to its production-increase agreement was not enough to restore confidence in the oil market in the latter week of November. However, early indications from South Africa that the Omicron type caused far fewer symptoms than Delta began to be confirmed. The New York Times reported this week that patients infected with the new variation had milder symptoms than those infected with the prior strain, citing South African researchers.

Dr. Anthony Fauci in the United States corroborated the information, though some experts have cautioned against overconfidence because the research is still in its early stages. Despite this, the recent Omicron news had a quick impact on oil market sentiment, which was aided by other factors that conspired to send crude oil prices up by 5% at the start of this week.