As oil prices continue to rise due to rising demand and a supply shortage that has pushed up costs for all sorts of fuels, Energy stocks are soaring—in some cases, notching triple-digit returns—while certain U.S. oil tycoons’ net worths skyrocket.With restricted global supply and significant pent-up demand as nations recover from the epidemic, oil prices have remained near seven-year highs of approximately $85 per barrel, with the cost of US benchmark crude jumping around 70% this year.

Oil price increases are part of a global Energy crisis that has raised prices for all types of fuels: gasoline is more expensive in the United States than at any time since 2014, natural gas prices have more than doubled this year, and coal prices have exploded—with countries like China and India ramping up production as quickly as possible. 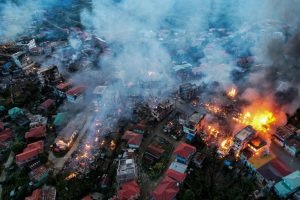 The SPDR Oil & Gas Exploration & Production Fund, which follows the Energy sector, reached its highest level since June 2019 earlier this week and is up more than 80% so far in 2021.Shares of oil firms have shot higher this year, with the majority seeing double-digit gains, including Exxon Mobil (up 55 percent), Chevron (up 33 percent), Hess (up 58 percent), Occidental Petroleum (up 92 percent), ConocoPhillips (up 89 percent), and Diamondback Energy (up 122 percent ).

As a result, the fortune of some U.S. oil tycoons has increased: fracking pioneer Harold Hamm, whose Continental Resources is one of the nation’s largest independent oil businesses, is now worth $15.8 billion, up from $9.4 billion only six months earlier.