According to PGC Executive Director Alexei V. Milkov, the 3,368 Tcf figure ends a run of seven consecutive biennial gains for the technically recoverable metric. Milkov is a Colorado School of Mines professor. Milkov ascribed the dip to two pandemic-related factors: oil and gas businesses’ relatively low activity levels and a significant drop in oil and gas prices. The decrease in the technically recoverable estimate only reflects a portion of the gas supply outlook in the United States. 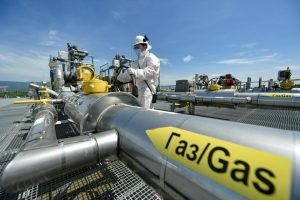 When the theoretically recoverable resources and recovered gas reserves were added together, the PGC came up with a total estimated U.S. gas resource base of 3,863 Tcf, up 25 Tcf from 2018. Amid a primarily harsh global energy landscape, LNG Allies CEO Fred Hutchison called the PGC report “a wonderful news storey.” He claims that it proves that the U.S. has a 100-year Natural Gas supply base for both domestic and export markets.

Furthermore, he stated that there is “every reason to assume” that Natural Gas costs in the United States will remain far lower than those in Europe and Asia. Milkov agreed with Hutchison on the issue of domestic supplies. The latest PGC evaluation, according to Tom McNulty, Energy Practice Leader at Valuescope Inc. in Houston, “underscores the United States’ role as the world’s leading Natural Gas player.”