The Rooftop Solar Power Generation can be matched annually The Rooftop Solar Power Generation can be matched annually

According to recent research, the United States has enough usable Rooftop space to deploy enough solar power to equal its present generation levels. Scientists from the University of Cork in Ireland examined the global Rooftop solar PV potential in their article published in Nature Communications. Rooftop in the United States might generate enough energy to produce 4.2 petawatt-hours (PWh) per year, slightly more than the country’s current total energy output of roughly 4 PWh per year.

And that’s just the beginning because solar panels are currently approximately 15-22 percent efficient, with technical advancements continuing to enhance this. Thus, the percentage of sunshine that a single solar panel can convert into power is solar panel efficiency. In addition, the “International Energy Outlook 2021” study from the US Energy Information Administration (EIA) provides estimates based on legal and regulatory inertia or the assumption that current laws and regulations will remain unchanged in the future. 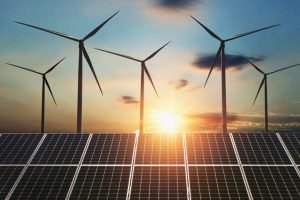 According to the EIA’s estimate, Renewables, notably solar and wind, will be the major contributor to worldwide growth in power generation through 2050. However, it is predicted that coal will continue to be the primary source of electricity generation in some areas. The Environmental Protection Agency (EIA) has a unique perspective on coal consumption.

However, the Bank of China announced on September 24 that it would no longer offer funding for new coal mining and coal power projects outside of China, and this declaration came before the EIA’s study was officially released in October. As a result, China’s significant move to end coal finance in other countries will very probably persuade “other non-OECD Asia” countries to shift their focus to renewables, as they previously received the majority of their coal financing from China.