The Pre pandemic Levels of Oil Demand are back The Pre pandemic Levels of Oil Demand are back

Global Oil Demand has recovered to pre-pandemic levels in 2019, according to the chairman of Vitol Group, the world’s largest independent oil trader. Moreover, it is expected to rise even more early next year. According to Chief Executive Officer Russell Hardy, as a result, oil consumption will exceed 2019 levels in the first quarter of 2022. On Tuesday, he gave an online presentation at the Reuters Commodities Trading Conference. The leading oil trader’s strong demand call adds to production giant BP Plc’s bullish thoughts, which stated that crude demand had returned to over 100 million barrels per day, levels not seen since before the pandemic. 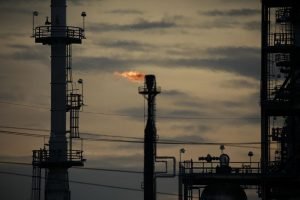 The increase in demand for fossil fuel hydrocarbons comes as world leaders, corporations, and climate activists gather in Glasgow for the COP26 meetings in the hopes of reaching an agreement on greenhouse gas emission reductions and the transition to cleaner fuels. Hardy emphasized that demand has returned, even though demand for jet fuel and gasoline in the United States has not yet fully rebounded to pre-pandemic levels. Hardy said, “Market supply and demand is “going to be reasonably tight” for the next 12 months, and a price spike to $100 a barrel is “certainly a possibility.”

Despite persistent weakness in air travel, which has destroyed demand for jet fuel, the prediction highlights how demand for diesel and petrochemicals is driving the crude oil rebound. Hardy didn’t give a precise estimate for Oil Demand, just stating that it has returned to levels last seen in 2019. According to the Vitol CEO, the oil market will stay tight because OPEC producers now have between 2 million and 3 million barrels per day of spare production capacity. In addition, Hardy predicted that U.S. oil production will expand by fewer than 1 million barrels per day in 2022, highlighting the market’s tightness.