The Government Wants to keep Drilling the North Sea The Government Wants to keep Drilling the North Sea

As the country prepares to host a critical environmental meeting later this year, the Government has been told that if it does not halt a massive North Sea oil project, its chances of being a climate leader will be destroyed. The Cambo development near the Shetland Islands, which co-owners Shell (RDSA) and Blackstone-backed Siccar Point Energy anticipate to produce 164 million barrels of crude during the first phase of development, might be approved by Britain’s oil regulator in the coming weeks.

Environmentalists and other campaigners, on the other hand, are enraged. They believe that allowing the project would harm the environment and undercut the UK Government claims that it is taking decisive action ahead of the 26th UN Climate Change Conference, or COP26, in Glasgow in November. The political battle highlights the difficulties that Government and corporations face in achieving net-zero emissions objectives aimed at keeping global warming to 1.5 degrees Celsius, which is critical for sustaining a livable planet. 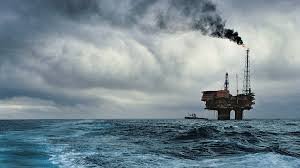 Tessa Khan, a climate lawyer who leads the advocacy group Uplift, said, “We will know if politicians are listening if the UK Government, as hosts of COP who aspire to lead on climate, call time and put a stop to Cambo.” The Inter Government Panel on Climate Change of the United Nations cautioned on Monday that the world has swiftly warmed 1.1 degrees Celsius above pre-industrial levels, and is now speeding toward 1.5 degrees.

Nonetheless, the world relies on oil and gas, and firms like Shell are working to provide that demand. However, in order to achieve net-zero emissions by 2050, the International Energy Agency cautioned earlier this year that no new oil or gas sources could be permitted for development. The Cambo oilfield is a critical project for Shell, which owns a 30% part in the company, and Siccar Point, which owns 70%.