The Crude Oil Break Reveals Traders with their Outlook for Energy The Crude Oil Break Reveals Traders with their Outlook for Energy

Crude Oil has had a tumultuous week. For the second day in a row, West Texas Intermediate was under pressure on Friday, sliding below $69 a barrel while still on track for a nearly 1% increase for the week. These price changes occur as the US encourages OPEC and its allies to raise output to cut prices and help the economy recover. Furthermore, the International Energy Agency decreased its prediction for Oil consumption for the remainder of the year as Covid cases increased again.

Tocqueville Asset Management portfolio manager John Petrides spoke with CNBC’s “Trading Nation” on his outlook on the energy sector. Despite these issues, Petrides believes energy is “under-owned,” as it accounts for only about 3% of the S&P 500. Furthermore, he claims that the sector is lucrative, citing the last earnings season as evidence. 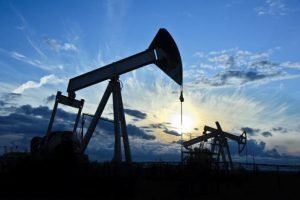 He said, “The energy sector was brought through the wringer last year when the price of Oil collapsed from around $50 to $15, and then it rebounded all the way up to north of $70 sort of 12 months later. The space is very volatile; OPEC is a complete wild card, and obviously you have the pressure from the ESG [investors] and reducing carbon footprint.”

These corporations also declared plans to reinvest their resources in debt reduction, balance sheet repair, and stock repurchases. Most crucially, Petrides points out that these companies have increased their dividends in the current low-yield market, making their stocks more appealing to investors. He particularly favors Chevron, calling it “a beacon of safety” in the turbulent Oil market. In the same Trading Nation interview, Matt Maley, Miller Tabak’s chief market strategist, was optimistic about the sector.