The Cold Snap in Arctic Could Push US Natural Gas Prices The Cold Snap in Arctic Could Push US Natural Gas Prices

Forecasts of subzero temperatures later this month pushed natural gas prices above $4.85 per million British thermal units (MMBtu) in the middle of last week, the highest level since November. Natural gas at the Henry Hub could surge to above $6/MMBtu again if the Cold snap expected over the next two weeks holds and forecasts for more Arctic blasts this winter materialise.

Analysts say, in a pattern similar to the one seen in the winter of 2014, when the polar vortex drove demand high and pushed up prices. Last week, natural gas prices in the United States went on a rollercoaster ride, rising 14 percent on Wednesday to a six-week high due to Cold weather before falling 12 percent the next day “on the prospect of weather turning milder and after the weekly stock draw was in line with expectations,” according to Ole Hansen, Head of Commodity Strategy at Saxo Bank. 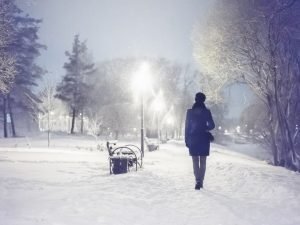 The word “rollercoaster” may come to mind when it comes to natural gas pricing in the United States throughout the rest of the winter, as market sentiment and traders’ actions are expected to be influenced by weather patterns and projections. In the short term, a Cold wave is forecast to spread across much of the United States over the next two weeks, increasing demand for space heating and power generation.

Natural gas prices in the United States are expected to be volatile this winter, depending on how Cold and how long the Cold-than-normal spells last. According to the Energy Information Administration, average prices in 2022 will be somewhat lower than last year’s average (EIA). According to the EIA’s latest Short-Term Energy Outlook (STEO), the natural gas spot price at Henry Hub averaged $3.91/MMBtu last year, with a monthly average high of $5.51/MMBtu in October.