As some of the season’s fiercest winds thunder into the region, parts of Southern California may encounter public safety power outages in high-risk fire regions. Therefore, from 1 p.m. Monday until 6 a.m. Tuesday, a wind advisory is in place for beach cities along the Los Angeles County coastline and downtown Los Angeles, the San Fernando Valley, San Gabriel Valley, and Santa Clarita Valley. Winds will be 15 to 30 miles per hour from the northwest to north, with gusts up to 45 miles per hour.

The Antelope Valley (14) Freeway in the Lancaster area was closed due to high winds that generated a dust storm. According to the California Highway Patrol, the 14 Freeway was closed in both directions between Avenue A and Avenue I at 10 a.m. According to the CHP, the dust storm caused low to zero visibility. In addition, in both Los Angeles and Orange counties, a high surf advisory is in force from noon today through 8 a.m. Tuesday. Damaged gusts are also expected in Orange, San Diego, Riverside, and San Bernardino counties. 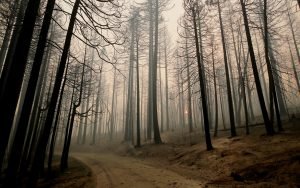 Wind and high surf advisories are in effect for specific locations until Tuesday. Gusts of 35 to 55 mph are expected in the desert sections of those locations, while the coasts and valleys will see 25 to 35 mph. As the region braces for gusts that could cause wildfires to spread quickly if triggered by downed power lines, SoCal Edison announced Monday that some households in Kern, Los Angeles, and Ventura counties might encounter power outages.

During one of the most dangerous times of the year for wildfires in the region, strong wind gusts are expected to rise Monday afternoon. Therefore, high wind warnings or advisories are in effect for Southern California towns until Tuesday AM. Winds will gradually increase during the day, with the heaviest gusts occurring in the afternoon and evening.