This week, the US Administration barred importing Solar Panel material from a Chinese company as part of its effort to eliminate forced labor from its supply chain. The Biden Administration claims that a prohibition on silica-based items from a company in China’s Xinjiang area will not affect the US solar industry, which is expanding. However, some analysts are skeptical, predicting catastrophic consequences for the American Solar Panel manufacturing supply chain.

Imports of silica-based items created by Hoshine Silicon Industry Co., Ltd., a firm established in Xinjiang, and its subsidiaries are prohibited in the United States. According to the White House, the prohibition is predicated on “reasonable evidence” that Hoshine employed forced labor to manufacture silica-based products. The restriction applies to products made outside of the United States that contain Hoshine components, such as Solar Panel constructed with Hoshine polysilicon. 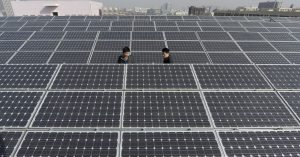 China’s usage of forced labor in Xinjiang is an intrinsic element of its systematic abuses against the Uyghur population and other ethnic and religious minority groups, and the Biden-Harris administration will continue to prioritize addressing these abuses.” China has condemned the embargo, accusing the US of attempting to destroy the Xinjiang economy.

Foreign Ministry Spokesperson Zhao Lijian said, “China strongly condemns the sanctions that the US imposes on Chinese companies based on lies and disinformation. From cotton to PV, from agriculture to industry, the US side uses human rights as a disguise to do all it could to cripple the industrial development in Xinjiang.”

According to Roth Capital Partners, the prohibition will impact the whole solar supply chain in the United States because every solar module importer will have to certify that they are not importing products built using Hoshine ingredients. Bernreuter Research’s polysilicon analyst Johannes Bernreuter shares this viewpoint.