The statement said, “The above scenarios were dependent on having “appropriate policy frameworks and market mechanisms in place.” According to Siemens Gamesa’s white paper, there are four essential areas where costs may be reduced: boosting renewable energy production, creating a cost-effective demand-side market for green hydrogen, developing a supply chain, and infrastructural support. 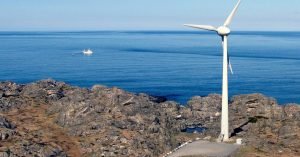 Andreas Nauen, the company’s CEO, said, “It took three decades for wind and solar to reach grid parity with fossil fuels, and we cannot afford to wait that long for green hydrogen to reach price parity with fossil-based hydrogen.”Hydrogen, dubbed a “versatile energy carrier” by the International Energy Agency, has a wide range of applications and can be used in industries and transportation. It can be made in a variety of ways. Electrolysis is one way, which involves breaking water into oxygen and hydrogen using an electric current.

Although most of the hydrogen is currently produced using fossil fuels, green hydrogen is costly to create. Several prominent industrial companies have recently revealed plans to use green hydrogen in their operations. Furthermore, major economies, such as the European Union, have set goals for installing at least 40 gigawatts of renewable hydrogen electrolyzers by 2030.Cost-cutting efforts are also being made. The US Department of Energy announced the Energy Earthshots Initiative on Monday, stating that the first goal would be to reduce the cost of clean hydrogen to $1 per kilogram (2.2 lbs) within a decade.