The supermarket chain is the largest food retailer with 140,000 employees and more than 2,000 stores across 14 countries. It wants renewable energy to fuel a quarter of its operations in the next five years.The South African supermarket already boasts a total of more than 480,000 square feet of solar panels on top of its 21 distribution centres and stores in South Africa and Namibia which has an area equivalent to around eight soccer fields. 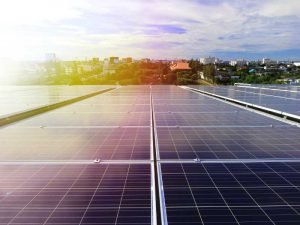 These generate enough solar energy to power 1,100 households for a year, but with every store and distribution centre requiring refrigeration 24 hours a day, this accounts for less than 1% of the group’s overall energy use. Sanjeev Raghubir, Group Sustainability Manager at the Shoprite Group said that the electricity bill for the whole company is in the region of $167 million which is 1% of such a large number is still quite significant.

Shoprite has also acted to make its fleet of delivery vehicles greener. Since around 85% of the nation’s electricity is generated by coal, introducing electric vehicles isn’t necessarily a solution. The company has fitted solar panels to more than half of its 1,200-strong fleet of refrigerated trucks. These allow drivers to switch off the engine at delivery locations, border posts or when stuck in traffic while keeping the refrigerators running.