The United States trade terms have vastly improved since the so-called Shale Revolution enabled it to replace oil imports and become a net energy exporter. Its terms of trade describe the link between a country’s raw material costs and export prices. As a result, the United States is now protected from rising Middle Eastern crude oil prices in terms of energy, giving it a substantial worldwide competitive edge. In addition, the United States has withdrawn militarily from Afghanistan two decades after the terrorist attacks on New York and Washington on September 11, 2001.

It seems conceivable that, having broken free from oil chains, it will reduce its military and diplomatic ties with the Islamic world. The Shale Revolution has allowed the United States to keep revenues previously used to buy foreign energy onshore. As a result, according to Daniel Yergin, a U.S. economic historian, the domestic economy has become more resistant to global economic ups and downs. 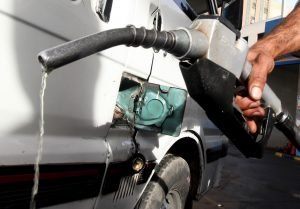 The terms of the trade index, which is calculated by dividing export prices by import prices, reveals that a country’s exports have an advantage over imports when they are more significant than one. This provides for an increase in national earnings through commerce. For example, crude oil is now around $70 per barrel, up 90% from a year ago, and the U.S. terms of trade index are above 1.05.

The indicator was 0.96 in August 2007, when crude oil prices were also hovering around $70. At the time, the United States was a big importer of gasoline and other petroleum products. The drop in crude oil imports over the last decade is mainly responsible for the improvement. According to the U.S. Energy Information Administration, the U.S. imported 11.44 million barrels of oil per day in 2011 at the cost of more than $100 a barrel.