Royal Dutch Shell is evaluating its holdings in the largest oil field in the United States for a sale as the company looks to focus on its most profitable oil-and-gas assets and grow its low-carbon investments. The sale could be for part or all of Shell’s about 105,200 hectares in the Permian Basin, located mostly in Texas.The asset could be worth as much as $10 billion.The sale is not imminent, but ongoing talks with a buyer or potentially multiple buyers are ongoing. Some of the acreages in question are part of a joint venture with Occidental. Shell declined to comment.

Royal Dutch Shell is one of the world’s largest oil companies, all of which have been under pressure from investors to decrease fossil-fuel investments to stem changes to the global climate brought on by carbon emissions. Shell, BP Plc and TotalEnergies have vowed to lower emissions through increased investment in renewables while divesting some oil and gas holdings. 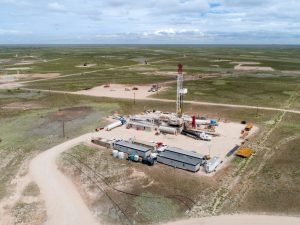 Mergers and acquisitions activity in the top U.S. shale field jumped in the last year as some firms strived to bolster holdings and others looking to take advantage of rising prices to sell. U.S. oil futures are up 49% this year to nearly $72 per barrel, more than double their 2020 low as oil demand returned with the pandemic ebbing.