Rivian’s tells the customers that it won’t be building R1T pickup trucks with the “Max pack” battery option until 2023. The company has planned to prioritize the ones with the standard “large” battery pack for production throughout next year.

CEO RJ Scaringe said that the company says it will work on orders for the higher-trim “Adventure Package” trucks with the regular battery first, and that the lower-end “Explorer Package” and bigger battery will come later. The company debuted its truck in 2018, the 400-mile estimated range afforded by the 180kWh Max pack was a big selling point.The “large” battery pack that comes standard with the trucks gets an EPA estimated range of 314 miles, but for the adventurous, off-road crowd Rivian markets to, every additional mile counts. Nearly 20% of the preorders are for vehicles with the $10,000 Max pack option. 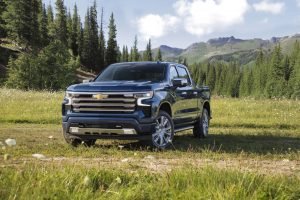 Given the 71,000 preorders cited by the letter, that’s around 14,200 vehicles affected by the delay. This is not the first time the company has had to push back its timeline; the original plan was to start shipping its electric trucks and SUVs in 2020, but the R1T didn’t start arriving until September 2021. The company has plans to build a second production facility, but doesn’t expect to start producing vehicles there until 2024.

Rivian’s consumer vehicles are the flashiest, the company also has obligations to corporate customers. Amazon has pledged to purchase 100,000 delivery vans from the company by 2024. also plans to start selling those vans and fleet versions of the R1S and R1T to non-Amazon companies in 2023. That means that Rivian’s attention, manufacturing capacity, and materials are divided between customers and business contracts.