According to Goldman Sachs analyst Neil Mehta, there are some positive trades to be made in the Oil patch to ride the fresh gusher in prices for black gold and natural gas. On Monday, Mehta reiterated Buy ratings and ambitious upside price targets on ConocoPhillips (COP) and ExxonMobil (XOM), two of the world’s largest Oil companies. ConocoPhillips is expected to return 20% to investors in the next 12 months, according to the analyst. 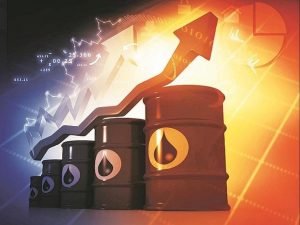 Meanwhile, the analyst is even more upbeat about ExxonMobil, which has had a difficult year, including a board battle loss to activist Engine No. 1. ExxonMobil’s stock, according to Mehta, has a 12-month total return potential of 24 percent. ConocoPhillips and ExxonMobil both have a year-to-date gain of 64 percent and 44 percent, respectively. The S&P 500 has increased by 19%. Among the Oil giants, Mehta is the most pessimistic on Chevon (CVX), ranking it as a Hold. Traders can expect more sell-side analysts to follow Mehta’s lead and issue optimistic forecasts through the end of the year.

To be sure, Oil and natural gas prices are surging, which only strengthens the case for being a long sector with profit expectations rising in the fourth quarter and early 2022. Concerns over constrained supply as global economies recover from the pandemic pushed prices upward for the fifth day in a row on Monday. Natural gas prices have continued to rise since mid-August, according to SunDial Capital Research, with prices up 40% since Aug. 23. According to Mehta’s colleagues who cover the Oil industry, prices will likely continue to rise from here on Monday.