Qatar Petroleum has announced that it has raised $12.5 billion in a multi-tranche bond offering. The company noted The move marks a significant achievement for an oil and gas company in the international financial and capital markets.

The company highlighted that this was the largest U.S. dollar fixed-rate oil and gas offering, the largest corporate issuance in the MENA region, and the largest corporate Formosa tranche raised globally. Qatar Petroleum revealed that the proceeds from the bond offering will be used to support its ambitious growth plans, particularly the North Field expansion projects over the coming few years 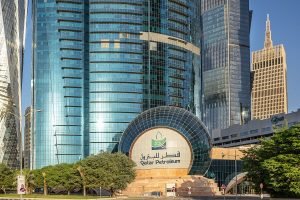 Saad Sherida Al-Kaabi, the Qatar minister of state for energy affairs and president and chief executive officer of Qatar Petroleum said that the outcome of this offering is a strong testament to Qatar Petroleum disciplined approach as an investor and formidable standing not only as of the world’s largest LNG producer but also within the capital and financial markets.He added that the North Field expansion projects will solidify Qatar Petroleum leading role in the LNG industry as well as in the energy transition. They take special pride in the fact that investors recognized this role, the importance of our LNG projects and the bright future of our LNG industry, and that they have expressed overwhelming interest in this unique offering.

The North Gas Field has total recoverable gas of more than 900 trillion standard cubic feet. The field, which was discovered in 1971, is considered to be the largest single non-associated gas reservoir in the world. The company worked with several global financial institutions on the transaction, including Citi, J.P. Morgan, BofA Securities, Deutsche Bank, Goldman Sachs International, HSBC, MUFG, QNB Capital, and Credit Suisse.