Oil futures surged to multi-year highs on Tuesday as a global energy supply shortage persisted while decreasing temperatures in China reignited concerns about the world’s most significant energy consumer’s ability to satisfy domestic heating demands. Brent crude settled at $85.08 a barrel, up 75 cents from its previous close. WTI (West Texas Intermediate) futures in the United States increased 52 cents to $82.96 a barrel. In the last two months, prices have risen. Brent has gained roughly 19% since the beginning of September, while WTI has gained around 21%.

With temperatures dropping as the Northern Hemisphere winter approaches and heating demand rising, traders and economists predict that Oil, coal, and natural gas prices will remain high. According to AccuWeather.com, colder weather has already begun to grip China, with near-freezing temperatures anticipated for northern locations. As a result, some end-users in Asia are projected to convert to lower-cost Oil due to rising coal and natural gas prices. 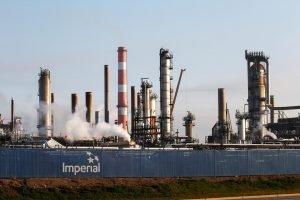 However, the power shortage driving up costs is affecting Chinese economic growth, which has dropped to its lowest level in a year, according to official data released on Monday. Last month, China’s daily crude Oil processing rate plummeted to its lowest level since May of last year. In addition, Petrobras, the state-owned Oil company in Brazil, acknowledged in November that it would not fulfill “atypical demand” from fuel distributors, which has exceeded its production capacity, increasing fears of supply shortages in the country.