Energy prices remain uncomfortably high, putting pressure on OPEC and its partners to intervene. The good news for consumers struggling with high gas prices is that Goldman Sachs is alerting clients that OPEC+ may reveal plans to increase production during Wednesday’s virtual meeting. Goldman Sachs warned in a research Monday night that oil prices are “entering political intervention zone,” and that it no longer expects OPEC+ to keep to its monthly rise of just 400,000 barrels per day.

Concerns about Russia-Ukraine relations propelled US oil prices above $88 per barrel for the first time since October 2014. Brent crude, the global benchmark, recently surpassed $90 per barrel, blowing above Goldman’s end-of-year target. According to AAA, the national average price of gasoline rose to $3.38 per gallon on Tuesday. That’s a dollar and a half higher than the previous low of $3.28, and it’s getting close to the seven-year high of $3.42 reached last November. 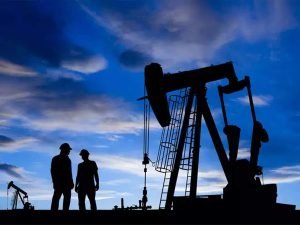 The bad news is that even if OPEC+ takes action, it may not be enough to cool down hot energy markets. According to Goldman Sachs, if moves forward with its plan to expand output in April, oil prices will only drop by $3. And if Saudi Arabia chose to unilaterally increase output by half a million barrels per day for three months, the price impact would be “even less,” according to Goldman Sachs.

“Crucially low inventory levels” across a range of petroleum products and areas, according to Goldman Sachs, as well as “critically low” spare capacity to ramp up supply. Another aspect is that shale oil companies such as Hess (HES) and Chevron (CVX) have recently indicated they will expand output less than projected, according to Goldman Sachs. Others doubt that OPEC will respond to the price increase, despite the fact that it may start to erode demand at some time.