Crude oil futures were lower in mid-morning Asian trade on Feb. 21 after surging at the outset, as events in the Russia-Ukraine issue continue to dominate sentiment, with Western officials attempting to negotiate a diplomatic resolution after tensions escalated over the weekend. The ICE April Brent futures contract was down 69 cents/b at $92.85/b at 10:12 a.m. Singapore time, while the NYMEX March light sweet Crude contract was down 57 cents/b at $90.50/b.

In early morning trade, the front month ICE Brent contract had increased by $1.46/b, and the NYMEX Crude contract had jumped by $1.86/b, as news of growing tensions in the Russia-Ukraine situation worried markets. In recent days, US officials, including Vice President Joe Biden, have stated that they believe Russian President Vladimir Putin has decided to invade Ukraine. 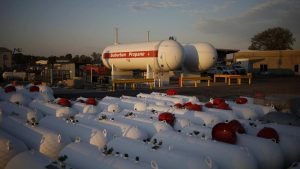 However, allegations that last-ditch diplomatic efforts have also reached fever pitch have put a damper on that optimism. S&P Global Platts Analytics’ base case projection anticipates that Russia-Ukraine tensions will gradually diminish and that there will be no direct Russian intervention into Ukraine, allowing prompt Crude prices to lose a risk premium of up to $20/b that has already been priced in.