The White House is urging OPEC and its oil-producing partners to increase production in order to offset rising fuel costs, citing concerns that growing inflation could stymie the recovery from the Covid disaster. Officials from the Biden administration met with representatives from OPEC’s de facto leader Saudi Arabia, as well as the United Arab Emirates and other OPEC+ members, this week.

The White House stated that the group’s July agreement to increase output by 400,000 barrels per day on a monthly basis starting in August and lasting until 2022 is just insufficient at this vital time in the global economy.  National Security Advisor Jake Sullivan said in the statement obtained by CNBC, “We are engaging with relevant OPEC+ members on the importance of competitive markets in setting prices. Competitive energy markets will ensure reliable and stable energy supplies, and OPEC+ must do more to support the recovery.” 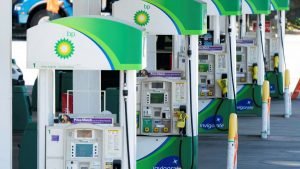 As demand for petroleum products recovers, gas prices have risen this year. According to AAA, the national average cost a gallon of gas was $3.186 on Tuesday, up from $3.143 a month earlier. Prices have risen by slightly over $1 in the last year. For the first time since 2014, the national average surpassed $3 in May. The increase in gas prices follows a recovery in oil prices.

As the pandemic depleted demand for petroleum goods, West Texas Intermediate crude futures, the US oil benchmark, plummeted into negative territory for the first time in history in April 2020. These supply cuts, combined with a rebound in demand, have brought WTI back above $70 per barrel, but the price has since retreated slightly from that level. OPEC+ is still holding back around 6 million barrels per day, which it intends to gradually release back into the market.