After OPEC and its allies failed to strike a binding agreement on their oil output policy last week, amid escalating tensions between Saudi Arabia and the UAE, energy prices are lingering around $75. Crude prices have experienced considerable volatility following an initial rise but have now retreated significantly. Brent crude prices fell 0.11 percent to $76.09 per barrel, while oil futures in the United States fell 0.13 percent to $75.06 per barrel.

After failing to strike an agreement twice last week, the energy alliance, known as OPEC+, will meet again on Monday. Without a settlement, oil prices might skyrocket, jeopardizing the fragile economic recovery. If the talks breakthrough, a price war may ensue. According to Reuters, the United Arab Emirates opposed a plan to boost oil output and extend the group’s broader production supply pact through the end of next year. 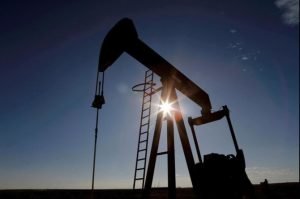 According to the UAE, the extension should be conditional on revising the so-called baseline, which defines how much a country is permitted to pump. On Thursday, both Brent and US crude rose more than 2% to beyond $75 a barrel, touching new highs not seen since 2018. However, the arrangement fell through the first time on Thursday, and a second meeting on Friday failed to produce any results.

Oil prices have risen by more than 45 percent in the first half of 2021, owing to increased demand as global economies reopen. According to Reuters, the UAE, a long-time friend of OPEC leader Saudi Arabia, objected to the pact twice last week. The accord includes a plan to progressively raise oil output while extending the timeframe of broader cuts agreed upon by the group in 2021.