OPEC Demand Surges Which Leads to Rising in Oil Price OPEC Demand Surges Which Leads to Rising in Oil Price

Crude oil futures rallied on Tuesday, with U.S. and global benchmark prices marking their highest settlements in more than two years, after the OPEC and their allies kept their current plan to increase oil production through July in place. The oil-producer group known as the OPEC reaffirmed the existing commitment to gradually return 2 million barrels a day of the adjustments to the market.

Ann-Louise Hittle, vice president of Macro Oils, at Wood Mackenzie said that sticking to increases planned at the April meeting is what the market needs. Demand growth is outpacing supply gains even with the agreed month-by-month OPEC production increases taken into account. 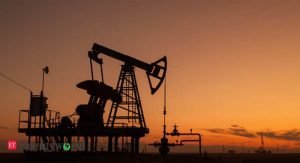 West Texas Intermediate crude for July delivery CLN21 CL.1 climbed $1.40, or 2.1%, to settle at $67.72 a barrel on the New York Mercantile Exchange. Based on the front-month contracts, prices saw their highest settlement since Oct. 22, 2018, according to Dow Jones Market Data.