OPEC+ can Reassess Outputs as the Oil Prices Settle up 1% OPEC+ can Reassess Outputs as the Oil Prices Settle up 1%

Officials in Japan and India collaborate with the United States and other major economies to release crude oil stockpiles from their countries’ reserves to lower prices. According to a person involved with the conversations, an announcement might be made as early as Tuesday. However, White House and US energy department officials stressed no formal decision on a release had been reached. 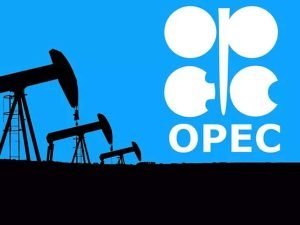 The talks came after the United States could not persuade the Organization of Petroleum Exporting Countries and its allies, including Russia, to pump additional oil, despite significant producers claiming the world was not short of fuel. This month, the producers decided to stick to their commitments to increase oil output by 400,000 barrels per day (BPD) from December. However, Oil Prices surged after Bloomberg News reported, citing delegates, that OPEC+ may change its plans to keep increasing production.

Reuters have not verified the report. “OPEC is sending a message that if these players do this, they have barrels they can hold back to mitigate the impact of a release,” said Phil Flynn, senior analyst at Price Futures in Chicago. On Monday, Joseph McMonigle, secretary-general of the International Energy Forum in Riyadh, said OPEC+ would stick to its goal of progressively expanding supplies to the market.