Olympus Energy seeks state authority to build a Marcellus shale natural gas compressor station on Arconic’s undeveloped industrial property near Upper Burrell, off White Cloud Road. Olympus Energy of Canonsburg has three well pads in various phases of development to tap natural gas in the Marcellus shale rock formation, which has been approved by the township and the state Department of Environmental Protection.

The Rogers compressor station is proposed near the Calliope well pad site, located off White Cloud Road. According to Kimberly Price, an Olympus spokeswoman, the proposed station is ideally positioned to preserve natural gas pressure and flow to transport it to market. She claimed the company had applications with the DEP pending, including one for an air permit. The next step would be to submit proposals to the township officials. 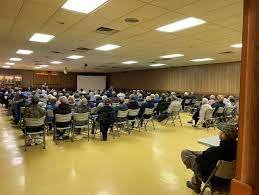 “Throughout this process, Olympus will also be working to address the questions and concerns of nearby residents,” she said. According to township Solicitor Steve Yakopec, the planning commission will study the request and suggest to the township supervisors, who will have the last say on approval. Dan Myers, for example, is interested in learning more. In addition, environmental groups like the Fracktracker Alliance are concerned about compressor station emissions.

On the other hand, the DEP has been tracking and testing emissions from compressor stations and has discovered that nitrogen dioxide emissions are below national clean air guidelines. In addition, DEP has conducted several studies in the last decade to quantify ambient emissions from oil and gas facilities, including a year-long monitoring effort in Southwestern Pennsylvania.