After OPEC+ reaffirmed confidence in oil demand through the Omicron wave and reiterated its opinion that the variant’s impact on petroleum use would likely be “modest and short-lived,” oil prices jumped 1% early on Wednesday, with Brent Crude topping $80 per barrel. WTI Crude was up 1.47 percent to $78.12 at 10:02 a.m. EST on Wednesday, ahead of the weekly U.S. inventory data from the Energy Information Administration (EIA). Brent crude prices had risen 1.47 percent to over $81 per barrel.

Brent reached its highest price since before Thanksgiving, triggering a market-wide sell-off fueled by concerns over Omicron’s threat to global oil consumption. Supply interruptions in Libya have undoubtedly supported oil prices this week, but the most important element has been OPEC+ decision to keep the production restrictions of 400,000 barrels per day (bpd) in place in February. 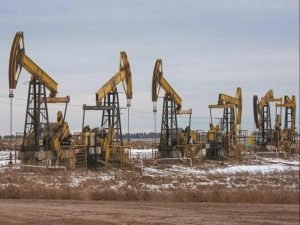 OPEC+ move expressed confidence in resilient demand in the short term, while also helping to placate key consuming nations—led by the US—who have urged for additional supply to reduce high oil prices and high pump prices.Analyst projections that certain members of the OPEC+ alliance are failing to reach their quotas were another bullish conclusion from Tuesday’s OPEC+ meeting. “With several countries straining to meet their quotas, such as Nigeria, Angola, and Russia, the actual rise, as in previous months, could end up being half of the agreed-upon 400,000 barrels per day.”

Brent may strive for $83 over $80, with $78.50 as support,” Saxo Bank said in a daily market analysis today. If the EIA inventory report verifies the substantial gain in U.S. gasoline stockpiles projected by the American Petroleum Institute (API) on Tuesday, the party could be ruined.