Oil Spill in the Yellow Sea Oil Spill in the Yellow Sea

There was a collision reported between an oil tanker and a bulk carrier off China’s east coast port city of Qingdao on Tuesday. This has resulted in an Oil Spill in the Yellow Sea, China’s maritime safety authority and the ship’s Singapore-based operator said.A 900-foot tanker A Symphony was reportedly at anchor when the other vessel, Sea Justice which is about 620 feet careened into it in waters southeast of Beijing.

Goodwood Ship Management, which operates the Suezmax tanker said that the force of the impact on the forward port side caused a breach in way of No. 2 Port ballast tank, with a quantity of oil lost into the ocean.The operator also added that the master initiated emergency procedures onboard, mobilizing the vessel’s Oil Spill response team and initiating an internal transfer to limit the loss of product. 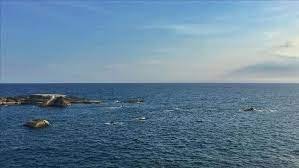 There was also a dense fog at the time and it can be a factor.The company also added that the crew have since been accounted for and there are no injuries It said the collision occurred about 8:50 p.m. Monday ET.China’s Shandong Maritime Safety Administration has warned the other ships to stay at least 10 nautical miles away from the site but gave no further details.

A London-based S&P Global Platts provider of energy said that at Qingdao port as saying, Oil has been spilt into the sea, hard to determine the amount, and it’s difficult to predict how long it will take to be cleared.In Malaysia earlier this month, the Liberian-flagged tanker A Symphony reportedly took on about 1 million barrels of bitumen, a viscous mixture of hydrocarbons used in road surfacing and roofing before departing for China.