Oil Refinery to be Converted to Gasoline Import Terminal Oil Refinery to be Converted to Gasoline Import Terminal

New Zealand will stop refining crude oil from next year after shareholders in the country’s sole refinery plan to convert it to a gasoline-Import Terminal, stirring debate about fuel security. The Marsden Point refinery operated by New Zealand Refining Co. meets about 70% of the country’s gasoline, jet fuel and diesel needs but has become uneconomic due to low margins and competition from larger, more efficient refineries in Asia.

The pandemic has stimulated the closure of older refineries in wealthy countries, while countries such as China and India increase refining capacity.Shareholders in the refinery, which include its main customers such as Z Energy Ltd. and Exxon Mobil Corp., voted nearly unanimously on Friday to convert it into an Import Terminal. Z Energy has said the change will free up US$106 million for its business, some of which will be returned to shareholders. 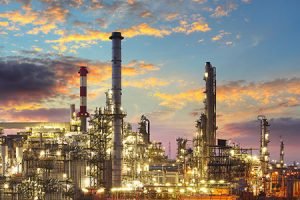 Nearly 300 employees will lose their jobs and unions have expressed alarm at the loss of what they consider a strategic national asset and the possible implications for long-term fuel security. New Zealand is reliant on imported crude and the end of the refining in the country will mean that its dependence shifts to a reliance on imported refined fuels instead.

Energy analysis company Hale & Twomey, which was hired to provide advice to the government on the implications of closing the refinery, said total petroleum inventory in New Zealand could be reduced by 25%-30% though finished fuel stocks would increase.It said fuel companies usually have 18 days supply of refined fuels, though there is some uncertainty about the real level because of inaccurate reporting by the companies.