Oil Prices were steady on Tuesday, with investors betting tight supply and rising vaccination rates will help offset any impact on demand due to surging Covid-19 cases worldwide.Brent crude futures climbed 13 cents, or 0.2%, to $74.63 a barrel at 0128 GMT, extending a 0.5% gain on Monday.

U.S. West Texas Intermediate crude futures rose 4 cents to $71.95 a barrel after losing 16 cents on Monday. The benchmark Oil Prices increased after the United States issued travel warnings to Spain and Portugal due to rising Covid-19 cases. The White House official said that wider travel curbs will not be lifted due to the highly infectious delta variant and rising domestic infections. 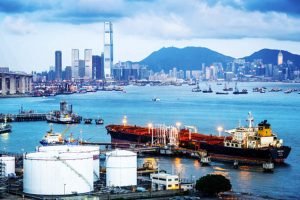 Britain reported its lowest daily total of new Covid-19 cases since July 4 on Monday, suggesting the recent surge in infections has passed its peak. Analysts tracking mobility data remain confident about fuel demand, counting on vaccinations to guard against strict new lockdowns.Global oil markets are expected to remain in deficit despite a decision by the Organization of the Petroleum Exporting Countries and its allies, collectively known as OPEC+, to raise productivity through the rest of the year.

ANZ Research analysts said robust road traffic data across most major regions suggests rising infections have minimal impact. The analysts noted that the investors are also encouraged by the continued restraint by U.S. shale oil producers. So far, they have maintained discipline, with a focus on returns rather than growth.Investors are awaiting inventory data from the American Petroleum Institute industry group on Tuesday and the U.S. Energy Information Administration on Wednesday for further evidence that demand is holding up. Five analysts polled by Reuters estimated, on average, that U.S. crude stocks fell by about 3.4 million barrels and gasoline stocks fell by 400,000 barrels in the week to July 23.