Oil Giants Called to Explain their Role in Climate Change Oil Giants Called to Explain their Role in Climate Change

Congressional Democrats are requesting top executives of oil giants to testify of their involvement in catalyzing Climate Change . Lawmakers will be investigating what is known as a long-standing industry campaign accused of spreading false information regarding the impact of fossil fuels on the climate.

The House Oversight Committee requested top executives from oil giants on Thursday to testify at a hearing next month. The oil giants include Chevron, ExxonMobil, BP, and Shell, along with the U.S. Chamber of Commerce and the members at the forefront of the American Petroleum Institute. 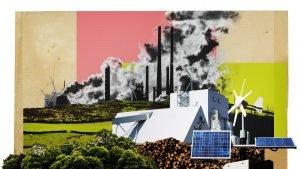 The highly robust fossil fuel industry is perceived to be taking advantage of the profits gained for historic decades without considering its impact on Climate Change. This has devastated American Communities, ultimately raising the bar for taxpayers to billions of dollars. It has significantly damaged natural ecosystems, according to Oversight Chairwoman Carolyn Maloney and Rep, Ro Khanna.

In the letter, they also wrote that Democrats are concerned that the industry has made extensive efforts in order to protect these profits. One of the efforts included the spread of misleading information and prevented drastic actions addressing Climate Change. Khanna has been consistently asking the oil industry for months for documents reflecting upon their role in hindering climate action.ExxonMobil particularly came into trouble after a leaked video wherein a senior lobbyist of the company was caught bragging of the company’s involvement in fighting climate science. The lobbyist, Keith McCoy dismissed the company’s expression of support as a talking point.