Oil prices fell on Friday but were due to rise for the third week in a row on predictions of a recovery in fuel consumption in Europe, China, and the United States as vaccination rates climb and pandemic restrictions are eased. Brent Oil futures were down 23 cents, or 0.3 percent, at $72.29 a barrel at 0145 GMT, retracing the majority of Thursday’s gains to the highest level since May 2019.

After gaining 0.5 percent on Thursday to its highest level since October 2018, U.S. West Texas Intermediate (WTI) crude futures fell 22 cents, or 0.3 percent, to $70.07 a barrel. Brent is expected to rise 0.5 percent this week, while WTI is expected to rise 0.6 percent. Commonwealth Bank commodities analyst Vivek Dhar said, “If you take the week, we’ve certainly seen prices lift on some demand hopes, but it was mixed.” 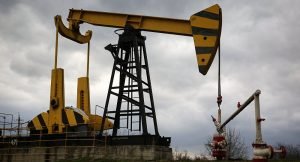 Dhar added, “The U.S. stockpile data didn’t paint a good picture. We saw gasoline and distillate stockpiles really surge. Towards the end of the week that was a dampener on the spirits.” ON WEDNESDAY, the U.S. Energy Information Administration said that gasoline inventories increased by 7 million barrels and distillate inventories increased by 4.4 million barrels in the week ending June 4, well-exceeding analyst expectations.

In a note, ANZ Research analysts stated that statistics showing road traffic recovering to pre-COVID-19 levels in North America and most of Europe was positive. The Organization of Petroleum Exporting Countries (OPEC) reaffirmed its assessment of solid demand, predicting that consumption will climb by 5.95 million barrels per day in 2021, up 6.6 percent from the previous year.