Share options and lucrative pay have created an incentive for oil company Executives to resist climate action. Recent net-zero commitments by BP and Shell are in doubt. CEO compensation packages, often over $10 million, are linked to continued extraction of new fields. The setup with Executives runs away from the efforts around the world to keep the global heating to 1.5-2C above the pre-industrial levels.

Boardroom rewards also underpin the skewed corporate logic which is slowing the world’s journey towards decarbonization. The study was exclusively shared with The Guardian before publishing in the Energy Research and Social Science Journal. Richard Heede, the co-author of the paper, said that the discovery showed the need for changing the corporate structures was more important than the consumer behavioral changes. 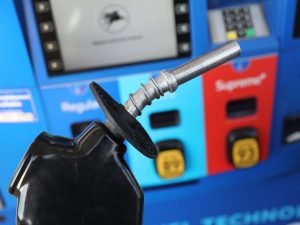 Heede said, “We show that Executives have personal ownership of tens or hundreds of thousands of shares, which creates an unacknowledged personal desire to explore, extract and sell fossil fuels. That carbon mindset needs to be revised by realigning compensation towards success in lowering absolute emissions.”

ExxonMobil, Shell, BP, and Chevron – the four biggest carbon major oil companies since 1990 – were tracked in the study. It was around the time when the public heard the first high-profile warning about the burning dangers of fossil fuels. Executives were told about the threat many years earlier but instead of working on the transition to safer and cleaner forms of energy, they ramped up production. Companies have played down risks and have adopted public relations campaigns that misleadingly presented the oil companies as part of the solution.