Oil and Gas Lease is Dropped in Alaska’s Arctic Refugee Oil and Gas Lease is Dropped in Alaska’s Arctic Refugee

The Biden administration suspended Oil and Gas leases in Alaska’s Arctic National Wildlife Refuge. The reverse of a drilling program approved by the Trump administration and reviving a political fight over a remote region that is home to polar bears and other wildlife and a rich reserve of oil.

The Interior Department order follows a temporary moratorium on Oil and Gas lease activities imposed by President Joe Biden on his first day in office. Biden’s executive order indicated a new environmental review was needed to address possible legal flaws in a drilling program approved by the Trump administration under a 2017 law enacted by Congress 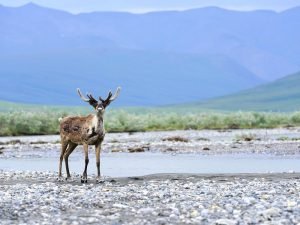 Interior said it identified defects in the underlying record of decision supporting the leases, including the lack of analysis of a reasonable range of alternatives which is required under the National Environmental Policy Act, a bedrock environmental law. The remote, 19.6 million-acre refuge is home to polar bears, caribou, snowy owls and other wildlife, including migrating birds from six continents.

Republicans and the oil industry are trying to open up the oil-rich refuge, which is considered sacred by the Indigenous Gwich’in, for drilling. Democrats, environmental groups and some Alaska Native tribes have been trying to block it. President Bill Clinton rejected a GOP plan to authorize drilling in the refuge in 1995, and the two parties have been fighting over the region ever since.