As the global economy recovers from the COVID-19 pandemic, demand for Oil and Gas is expected to rise, as is methane emissions, a potent greenhouse gas with 80 times the heat-trapping capacity of carbon dioxide. The fossil fuel industry is one of the most significant drivers of human-caused methane emissions, releasing 70 million metric tonnes of the damaging gas last year, approximately equal to the European Union’s total carbon dioxide emissions.

According to a recent US Energy Information Agency report, around 40% of methane emissions from Oil and Gas production may be reduced without spending a penny. According to the agency, “Cutting down that number is among the most cost-effective and impactful actions that governments can take to achieve global climate goals.”Natural gas is retrieved as a byproduct of oil drilling and is created through drilling or hydraulic fracturing (commonly known as fracking). Leak detection might be difficult due to the gas’s invisibility and odorlessness. Leaks can happen at any step in the process, from when the gas is extracted from the ground to burned in a power plant. 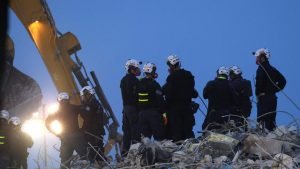 According to the EIA, updating obsolete equipment is one of the most cost-effective moves natural gas producers can take. For example, on a gas-drilling pad, many pumps, valves, and compressors emit methane during their operations, and they tend to talk more as they age — primarily if they aren’t serviced. Therefore, many components should be replaced early, and gas-powered parts should be replaced with electrified ones that leak less gas during operation, according to the EIA.

Early and frequent detection of leaks using infrared cameras or satellite imagery can also aid in the plugging of leaks. The EIA also advises against venting or releasing natural gas directly into the atmosphere, to empty a pipe for maintenance, or when extraction companies are removing unneeded natural gas to recover oil.