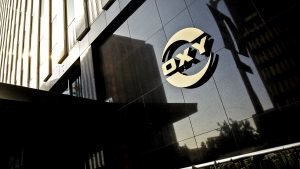 After reporting first-quarter results, its shares tumbled by almost 8% which is a much steeper decline than other U.S. producers experienced after a cyberattack on the Colonial Pipeline left the largest fuel conduit in the country shut down. The stock-market reaction appears overdone given the short-term nature of the problem rather than a structural decline in U.S. crude oil demand.

More important to flag is the progress Occidental Petroleum Corp has made since last year. Part of that can be seen in the shift in forecasts which was a year ago, analysts expected the company to turn a net loss of $660 million for the first quarter of 2021. Its net loss came in at roughly half of that. The real standout was its strong free cash flow of $1.6 billion, the company’s highest quarterly free cash flow in a decade and about double analysts’ expectations a year ago.