Nuclear Power Credit Proposed for Emission Control in the US

Nuclear Power Credit Proposed for Emission Control in the US

The current Biden administration has systematically pushed reformative steps to tackle carbon emissions. Following this, three influential democratic US Senators came forward with an effective measure on May 26, enhancing the existing Nuclear plants to an expanse of energy tax reform bill.

Senator Ben Cardin established the amendment withholding tax production credit accompanied by fellow democrats, namely Senators Sheldon Whitehouse and Bob Casey.Senator Cardin addressed the audience with critical insights prior to the introduction of the amendment stating the danger of probable premature closing of the Nuclear reactors in the US. 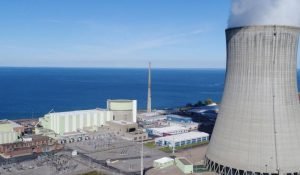 Senator Ron Wyden’s package establishing long-term incentives with a view of achieving clean energy and clean vehicles, thereby removing certain tax breaks for fossil fuels passed successfully during the party-line vote.Such transformative initiatives are seen to be absorbed eventually into infrastructure legislation. However, the Republicans proposed the concern regarding the drop in fossil fuel tax incentives with potential harm to consumers and jobs.

The US has already begun to see the shutdown of Nuclear to 93 from 104 in 2012, owing to the rising security and safety costs imposing pressure on the business. Besides, the environmentalists and environmental groups of the US intently oppose Power. Nonetheless, the Biden administration seems to be in support of the credit for Nuclear power plants as it seeks to decarbonize the carbon grid by 2035.