NextDecade Corporation announced on Monday August 2, 2021, that it has decided to sell USD5.0 million of Series C Convertible Preferred Stock. The Series C Preferred Stock is being subjected in a private post to TEP Next Decade, LLC an affiliate of EPTP.

EPTP is a private equity fund whose target is to catalyze digital, cleaner, and smarter energy industries via investments that impel meaningful value for both the environment and its investors alike. NextDecade goal is carbon capture, green LNG, and storage companion determinedly within EPTP’s midway energy investment plan. Matt Schatzman, Chairman and Chief Executive Officer of NextDecade, said that the company is happy to greet Energy & Power Transition allies in the role of an investor. 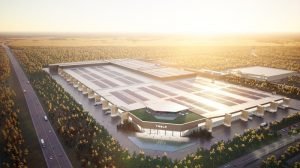 He further added that they share EPTP’s vision of creating North America’s energy and power systems more strong, and via NextDecade fully owned subsidiary, NEXT Carbon Solutions, they are assisting in leading the way by decreasing the costs of storage projects and carbon capture. EPTP’s Founder and Managing Partner, Pat Eilers, said that the funding in NextDecade is constant with EPTP’s mission to offer community carbon-free solutions for the delivery of dependable energy resources.

NextDecade is the international pioneer in green LNG as an effect of the extraordinary mixture of its NEXT Carbon Solutions business along with the company’s low-cost Rio Grande LNG venture. EPTP is happy to help NextDecade, while it commercializes its distinguished energy solutions. The Series C Preferred Stock trading has not been officially registered underneath the Securities Act of 1933.